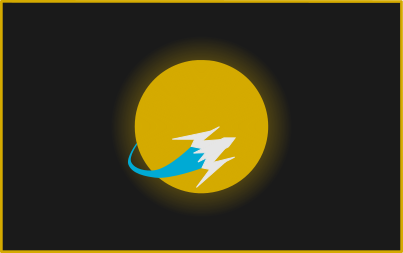 The banner of the Prospero Order

The Prospero Order was founded in secret in 2403 by an unusually large band of mercenaries under the charismatic leadership of Tass Vertallian. Tass promised paradise and an ideal life to those who followed him and lead his mercenary band to the far fringes of known space to invade and found the order on the recently colonized planet of Prospero. What followed was a large series of raids stealing tens of thousands of people from their homes and stations in different places and in erratic patterns across the galaxy so as to not be located.

The slaves were quickly put to work and Tass Vertallian continued to indoctrinate his followers, preaching betterment through strength, capability, and prowess. While the slaves toiled the soldiers trained, drilled, and raided. The order made themselves known on the black market as elite mercenaries for hire and would use this as a platform to spread the word about their forming paradise.

In 2426 the order was revealed to the galactic community when a vessel was sent to investigate what happened to the Prospero colony. What the vessel found was, as the captain of the ship put it "Beauty hiding a rot within". Tass Vertallian himself boarded the ship and proudly announced the Prospero Order as an independent body and welcomed all who thought themselves worthy to make the pilgrimage to their paradise to prove themselves.

To this day the order remains out of reach from Solgov's forces due to their remoteness but the USSP and the order often war with each other. This is due to the USSP being a good source of slaves for the order and the USSP is fighting to stop the raids and free those oppressed. Rumor has it Nanotrasen and other companies and governments sometimes hire their soldiers for various reasons under the guise of it being an Prospero raid on the target.

The Prospero Order styles itself somewhat after the Spartans from ancient earth history. Mainly with the focus on militarism for the citizens and using brutally suppressed slave labor for the various work needed to maintain such a military. Stylistically they utilize a lot of white and gold in their architecture and fashion with a focus on form and style but while still being very functional.

New citizens of the ruling warrior class are either born into it or from those who seek to prove their worth and join the order. It is well known that the order will welcome you into the luxury of their lifestyle so long as you prove yourself 'worthy'. Asspiring members must undergo a series of trials. If they pass the trials they are welcomed in as a member of the order. What happens to those that fail is unknown but it is suspected that they are enslaved.

In 2452 Tass Vertallian's health began to decline and in 2458 died of old age. Before Tass died he laid out the plans and structure for how future rulers would be chosen. The candidates for leadership would be based on meritocracy with an election held every 10 years to see who the citizens thought was worthy to lead the order. The ruler of the Prospero Order is known as the Chosen above all others of the Prospero Order. The Chosen will then build a counsel of their choosing to help run the order. The current Chosen is a Vulpkanin named Entch Latchzsag and is known to have led a large series of raids on the USSP, bringing in thousands of slaves to the order.

As for the order's military Every citizen in the order is a soldier and so the order can muster an alarmingly large force if need be. Compared with their rivals in the USSP however they go for a 'Quality over Quantity' approach.

The order's navy is a small but deadly force using the best technology and equipment they can get a hold of. Most of their ships are made by the order or gotten as payment and refitted. Tactics wise they use lightning fast speed and fight from a distance with heavy barrages of firepower.

The order's army follows a similar elite style. Elysium soldiers wear menacing uniform armored hardsuits that have an infamous white and gold trimmed cloak draped over them. This style has given them the nickname 'white coats' or 'skeletons' due to their hardsuit's design. Like the navy their army fights hard and fast utilizing long range rifles for distance and Hydra shotguns and e-shields for extra protection when in cqc.