Nanotrasen started out as a small company, whose research was mostly based around gene-therapy in the heart of human space, Mars. This was shortly prior to the series of scandals over cloning being reserved to the rich rather than being provided to industrialist fodder in the most prosperous part of Sol - Nanotrasen was effective at patenting methods that lead to more cost effective coverage plans for business use, primarily through aggressive business tactics than personal research brilliance. Nanotrasen mainly grew by a collective of shark like individuals that persisted with their shrewd business tactics. By the end of the decade, Nanotrasen became a trans-stellar entity.

At the end point of the 22nd Century, Plasma was discovered. Nanotrasen and its competitors were, naturally, the foremost corporations in attempting to exploit this valuable new resource, and they all set up numerous stations and factories around the Plasma Giants in order to exploit the resource. This only jump-started the economy, and the so-called Orange Rush began, with all of the corporations attempting to find as many uses of the valuable Plasma as possible in order to profit the most from the human governments. Aptly named the orange rush given the large quantities of Plasma founded on Mars. Research facilities, stations, ships and other installations were being manufactured faster than ever. Nanotrasen was one of the more bloodthirsty corporations, and managed to bankrupt and absorb many other companies on a larger scale then ever before. Many feel Nanotrasen's only defining ability is in capitalizing upon other's hard work- And not an entirely untrue assumption. Nonetheless, this only further increased Nanotrasen's power and scope, ratcheting it up to the status of a true super-corporation, eventually becoming the most expansive business empire in the galaxy. 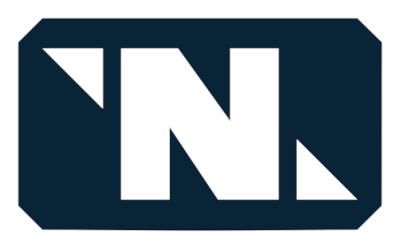 Nanotrasen is the largest corporation in the galaxy, its power rivaling most governments. It deals in research of the most advanced sciences, such as genetics, blue space, and - recently - the uses of plasma. They also have a sizeable asset protection and security branch with which they secure both investments and occasionally new acquisitions - a distressing rival to some governments, and a powerful administrative branch sitting atop it all, directing their company's actions.

Nanotrasen is characterized by its aggression and questionable ethics, which, combined with the high emphasis they put on new, untested and dangerous technology, means their installations are often considered unsafe and hazardous.

To a degree few of its competitors could achieve, Nanotrasen owes its success to diversity and quick reactions to unfolding events aboard its starships. Worth a distinct laugh to employees who are told of this, Nanotrasen's fluidity and aggression tactics are still considered the core of its success.

While most facilities get their personnel already prepared for specific roles, among the stars situation often changes quickly and drastically - far faster than a flight of a shuttle from the nearest Nanotrasen's station takes - and so the choice of assignments is up to the commanding officers (especially - Head of Personnel) depending on the most urgent needs at the moment. Nanotrasen hires almost anyone possessing a skill in areas such as science, medicine or space-engineering and every contracted worker after passing a couple of basic tests can hope for a good pay in space, especially if sent to an important installation.

Nanotrasen's hiring process is often flimsy in sorting out industrial spies, as a result of this simple hiring process, often instead keeping orders on high to make the best of having even rival talent or tattlers on payroll - a reality in the modern day - using the best of loopholes to ensure from an entry level position, it would be impossible, although sorely testing, to find the launch for a lawsuit or get away with real assets. Often experts skilled in almost any area areas such as detective work, cooking or sanitation also find their place on Nanotrasen's payroll and onboard corporation's ships for support.

Although originally a human dominated company, Nanotrasen has become very diverse in the last few decades. The stability on Nanotrasen stock has led to its use as a currency between races, and their reliance on it has further helped NT maintain a grip on their power. This has in turn lead to many non-human races seeking (or being forced into) employment with them. With the influx of alien races as staff and share holders, NT has abandoned much of it's human-centric ethos, although many "old guard" humans with xenophobic views remain in positions of power.

Despite it's stranglehold in the technological sector there are many companies still in competition with Nanotrasen, such as the well-known Syndicate and many smaller corporations specializing in a variety of consumer products.

Post shift, some workers have contracts which allow them stay on the Crescent, providing them with lodgings and civilian center level comforts on auxillary parts of the station exclusive to company employees. Some choose to take bluespace transport shuttles to nearby systems or back to Sol on an express link line. Nonetheless, most paper pushers and all Heads of Staff spend at least some ostensible 'off shift' hours enjoying the hospitality of CentComm as they work out their station's issues and report success to their superiors. The following are administrative departments found there.

The guys who decide if you get a paycheck. After each shift, most administrative staff of the Cyberiad check in and out with the human resources department. Human Resources coordinates heavily with Accounting and Internal Affairs in order to ensure their people are generating a profit and aren't causing a loss. Human Resources has two primary agents: Investigators, and Auditors.

Investigators are bad news to have show up, usually called in by Internal Affairs when a grevious error is made by ranking staff. They ensure productivity isn't impaired by rampant stupidity. A legal Human Resources Investigator must have a permit of operations signed by the HRD and valid for the ship/station/base they are investigating, and a valid and up to date identification card from their administrative station/base. They have the authority to strip the DoO of rank for the duration of a shift, and hold it suspended until audit.

Auditors carry the dread their name implies. When a complaint is filed against a crewmember, auditors are the individuals who carry out the interrogations(audits) of the employee in person if IA cannot, submitting their personal suggestion to the HRD regarding an employee's continued paycheck gathering after reviewing the math from Accounting and a fully compiled case from Internal Affairs. These individuals also conduct annual audits for general purposes as well. They are effectively secretaries for the HRD, but highly respected ones.

Internal Affairs is the legal crew employed by Nanotrasen. Generally appointed for their discretionary ability, discreet management of lawsuits and various miscellanity falls under. Suits and snitches, what the region's Head of Internal Affairs does with its cases to make ends meet is the business of the EoO and Board, and occasionally SolGov. Internal Affairs rarely takes direct involvement or authority over situations and cases, preferring to hand off official decision making and judgement to its fellows. Its agents are the same, acting in an 'advisory' fashion on their assignments. Given that their work affects one's record and ability to obtain legal assistance from the company, it is best to stay on their good side.

Accounting is the mathmatical, cold, unfeeling, paycheck-making part of the company that keeps any big megacorporation moving- WIth money. Accounting sets the bars and lays out what goals need met and where the company stands. Suffice to say, most other parts of the company are forced to take Accounting seriously, or be at risk in their own jobs. HR and Accounting tend to be joined at the hip in most systems and sectors, their work directly impacting the choices of the other, and accounting ordinarily chokes Asset Protection's chain when they start chomping at the bit.

The administrative answer to security, Asset Protection is the direct superiors of all ND* class holdings in their EoOs region, managing response teams, and keeping records clean for SolGov. All Emergency Response Team Commanders ostensibly report to the Head of Asset Protection.

It's also important to note, not all weaponized vehicles are classified as ND*, since most stations mount some weapons for self-defence.

NT has a large PR department, which have resulted in a generally positive brand image among the public, advertising the positive aspects of the company. This helps to counter the rumours of illegal and unethical research, military actions, deathsquads, and other problems. Nonetheless, the newscasters and various information boards will always have people raging against NT.

Many governments highly resent NT's power, and their reliance on them for plasma, and other products. Faced with little choice in the matter, they co-operate where they have to. The stability of NT stock has also lead to many using them to trade, and somewhat set a backing for many currencies.